Waiting for a Second Blessing

23 May Waiting for a Second Blessing

By Pablo Villigran-
Dorie’s Promise changes lives, sometimes in unexpected ways. Just ask Karen and Curt Nichols. Although the couple has three daughters, the desire to adopt had been tugging at their hearts for years.
After deciding to take this step, they visited Guatemala and initiated the process that changed—and blessed their lives. 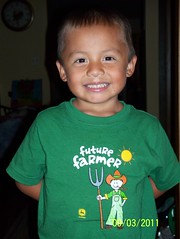 Four-year-old Cristian now lives at their central New York farm. The family hopes that Brandon, a bright-eyed boy of four who still lives at Dorie’s Promise, will soon be able to join their family.
“Cristian is very active and always ‘into’ something new,” Curt says. “He demands a lot of attention and keeps us all laughing with his juvenile language and antics. Our house is filled with laughter and little kid sounds.”
They learned about us through a friend who adopted a child from us. Since they were searching for an adoption agency, that started the ball rolling. The couple submitted paperwork in November of 2006. Two and a half years later, Cristian came to their home.
With their oldest daughter then a freshman in college and the others busy with their activities, the demands of early-childhood parenting were over. Cristian helped them resume.
“One of his sisters says it got louder in a good way,” Karen recalls. “Another says he adds excitement.
“Our oldest daughter feels that our family has grown closer through this process and with Cristian’s arrival. I think it is fun to experience a child’s early years again. He just ‘belongs’ here and adds a lot of spunk to our lives.”
The only drawback to this situation is that Brandon is still waiting for his paperwork to clear. The two boys shared a crib in their early months and played together as infants. 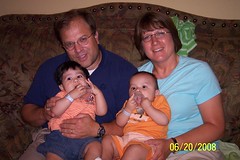 The Nichols family calls Brandon Cristian’s “brother” and uses video chats and periodic visits to reinforce these bonds. On their visits they stay here and spend as much time as possible with Brandon and the other children.
While this hang-up represents a prayer request for supporters, Karen says that waiting so long is an experience that has dramatically increased her faith.
“I have learned that after you have done all that you can do in a situation, you have to surrender it to God,” she says. “I have a better understanding of what it means to fully trust God and have faith that His timing is perfect. We know that having Cristian home is a miracle in itself.”
She also compliments sponsors who help support the children at Dorie’s Promise, saying their visits have shown them that sponsors’ money is used wisely.
“The children have what they need and each receive great love and care,” Karen says. “We couldn’t ask for any better living situation away from home.”