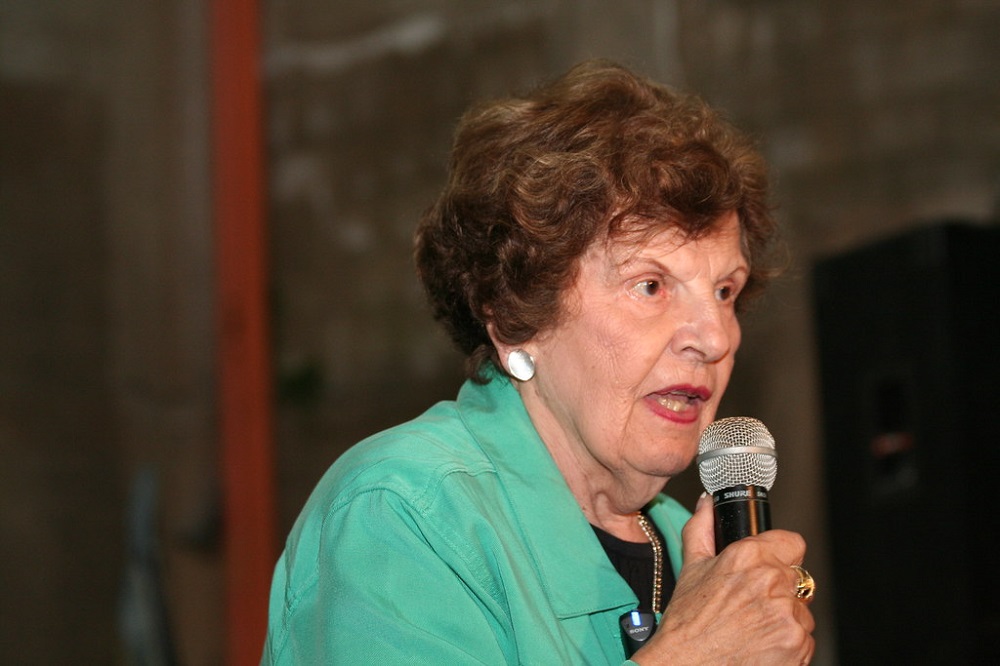 Dorie was a remarkable woman with an amazing faith. Her life was a living testament to God’s incredible faithfulness amid the most hopeless circumstances. She was abandoned at a San Francisco-area orphanage as a very young child. Shunned by her mother, she had never been held, never been hugged, and never been loved. Those looking to adopt a little girl regularly rejected her. Because of this, she became tough and angry. She frequently fought with other children in the orphanage and was beaten every night before bedtime.

Amazingly, it was at the orphanage that a special visitor told Dorie that Jesus loved her. Dorie believed her and grabbed hold of the truth of Jesus Christ. A few years later, she was forced to leave the orphanage. As she left, she was given a small New Testament by a newly hired matron—the only gift she had ever received as a child. The matron told her, “I trust this book will become as precious to you as it has to me.” Although Dorie never saw the woman again, she began to read God’s Word. It became her strength in every situation she faced. She treasured God’s promises, despite the fact that she continued to endure physical, emotional, and sexual abuse in foster care.

Through a series of miraculous circumstances, Dorie was finally rescued from the foster care system, and God led her to attend St. Paul Bible Institute. There she met and married Lloyd Van Stone, the love of her life. Lloyd was a great inspiration and encouragement to Dorie. It was with him she found the home she always dreamed of having. They had two children—a boy and a girl. Lloyd and Dorie and their children became the first missionaries to the Dani Tribe in Irian Jaya. Lloyd died in 1986.

In her later years, Dorie become an unwavering advocate for orphaned children and hurting hearts around the world. So much so that over the years she has become known as “The Orphan’s Ambassador”! Everywhere God led her, Dorie offered the same hope that was given to her so many years ago—repeating those wonderful words of life: “Jesus loves you!”

Dorie served with Precept Ministries International for many years. During that time, she was a guest on numerous television and radio programs. Her interview on “Focus on the Family” touched the lives of thousands of hurt and abused people around the world. In November 2009, Forever Changed International honored Dorie by naming their orphan care home in Guatemala City “Dorie’s Promise.” This home became an answer to Dorie’s lifelong desire—to provide every child with safe shelter and the loving care they deserve. Because Dorie knew what it was like to be “the one that nobody loved,” she never wanted another orphan to feel hopelessness or shame. Dorie made it a point to never leave an orphanage without hugging every single child. She was always ready to touch a shoulder and offer a prayer for every hurting heart.

Her work and message of hope and good news will continue through her books. She was the author of Dorie, the Girl Nobody Loved; No Place To Cry; and Secrets of the Heart.