A Promise Come True in Paraiso 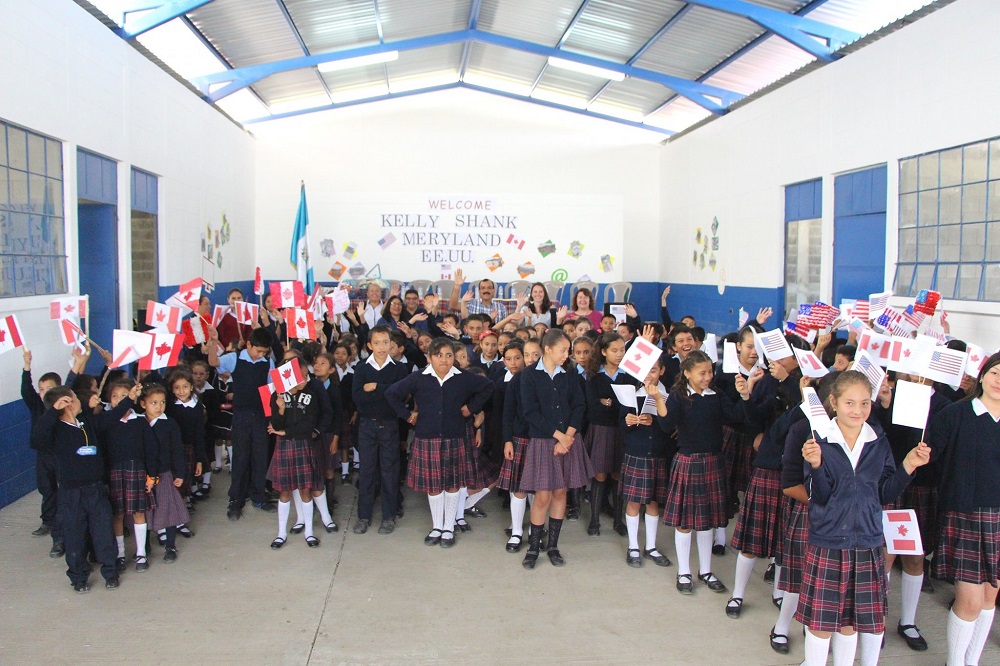 Three years ago, our staff walked into the mayor’s office in Palencia with big ideas and an ambitious timeline. Fresh off the completion of a school construction project in Santa Elena, we were excited to collaborate with the municipality again on another school. Within a few hours, ideas were shared and potential sites were visited. Eventually, we decided to help build a school in Paraiso.

Along with the mayor’s staff, our team visited several communities in need of a new elementary school. For many years, we’ve partnered with community leaders to help families in the rural village of Paraiso. These families are near and dear to us.

For more than a decade, the children of Paraiso have been attending elementary school during the morning in borrowed space at the local middle school. Without their own school, the limited space made classrooms tight and opportunities for extra programs non-existent.

The municipality already owned a piece of land directly behind the middle school and was willing to donate the property to the school project. More importantly, parents and local leaders were willing to help build their school.

By building in Paraiso, we are helping the families we served so frequently in an even bigger, sustainable way.

We are helping give their children opportunities for a bright future.

A few months after the first meeting, designs were finalized, budgets were set, and everyone was ready to begin.

In a unique partnership, the municipality of Palencia, Forever Changed International, and the village of Paraiso joined together to bring the school project to life. The municipality offered the land and skilled labor for the project, our teams offered additional labor and donations towards the facilities, and the local families helped with daily labor.

By mid-summer 2017, construction had begun on the school. Driving up to the construction site, the municipality workers overseeing the project and a large group of community members greeted us.

During the day, mothers helped clear the land and dig footers. After work, fathers spent their evenings continuing the work their wives started during the day.

Several teams from Dorie’s Promise also helped build the school. They experienced the joy of working on behalf of the children and working with local families. Sometimes, that joy was found at the end of a pickaxe or shovel when helping to hand dig the school’s footers. Experiencing the hard work of building the school showed our teams the dedication this community has for their children and their belief in the value of education.

Originally, the construction schedule anticipated opening for the new school year in January 2018. Unfortunately, as with most construction projects, we encountered some setbacks and delays.

During one delay, the municipality reached out to the Tigo Foundation for assistance. Not only did Tigo partner with us to finish the project as designed; they also offered to expand the school to include a new computer lab!

For the children of Paraiso, a computer lab is the opportunity of a lifetime. This simple room offers resources otherwise unavailable, while also connecting them with the urban areas of Guatemala and the world.

In 2017, we made a promise to the families of Paraiso. In January 2020, we celebrated the opening of their new school.

During the celebration, we realized how important the school is, not only to the community but also to us. Our promise was realized. We believe education is critical to changing the future of Guatemala. That’s why our children at Dorie’s Promise receive the best education.

Building this school in Paraiso extended our commitment to the education of Guatemala’s children in a tangible way.

Our priority is providing outstanding care and transforming the lives of the children at Dorie’s Promise. Partnering in Paraiso allows us to reach families and change the lives of children before poverty disrupts their families.