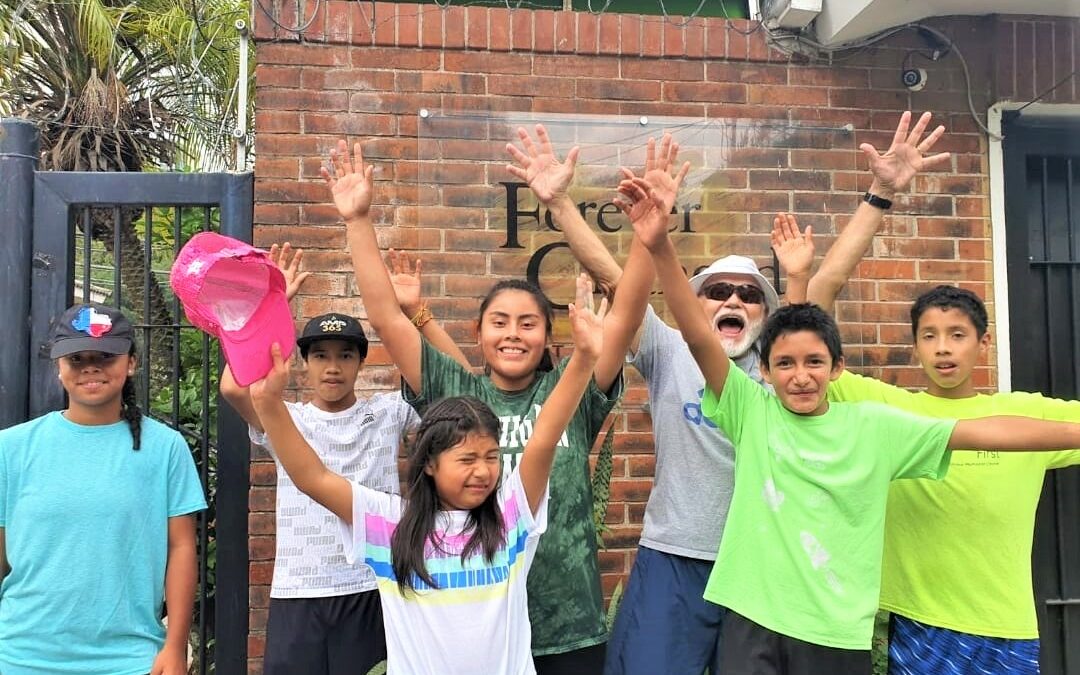 It’s noon and our beloved Doc Castro is tying his sneakers. He’s getting ready for a 6 km run (3.72 miles) around the neighborhood, but he’s not going alone. Several children are going with him and they’re also tying their shoes outside.

At lunchtime twice a week, Doc and a varying group of children set off for a run around the neighborhood.

A Running Club is Born

After watching Doc run every day at lunchtime, Silvia decided she wanted to tag along, to keep him company. She used the phrase “para hacerle ganas” which means “he didn’t have to do it alone.” Little did she know how far that first run was going to go.

Doc likes running with Silvia. She is very good at sports given that she likes soccer, basketball, tennis, and now, running. Silvia enjoys being outdoors and active. Running is a great fit.

Even though she is younger, smaller, and prone to quickly grabbing a pair of too-big sneakers on occasion, Jimena has proven to be a solid member of the group. She enjoys being with the older kids and works hard to keep up.

Not Just about Running

Doc is quick to let us know that Running Club is not just about running.

Sometimes, it’s about the ice cream cone the children get by the end from a small trolley pushed by a local man they meet along the way. Other times, running is about learning to recognize the chirping of different birds and the subtle changes of seasons, observing the road, learning where to run, how to avoid dangers, and how to take care of each other.

They learn teamwork, ecology, self-care, and it even contributes to their spiritual education.

Perks of Tagging Along

Learning to take care of your body through exercise and having meaningful conversations that improve your emotional state are valuable teachable moments.

Running is an amazing way to find wellness because of endorphins firing up in the brain, as Doc describes it. These hormones give the children feelings of happiness, well-being, and help them feel calm. Also, running allows for the development of important life skills like critical thinking, problem-solving, creativity, and meditation.

Step by step, the Running Club is giving them hope. It is such an amazing gift to be able to explore the outdoors in a safe area and atmosphere, while also learning so many new things.

The Running Club has become rather popular among our kids. Monica, Elvis, Marcos, Alex, Josue, and Lester are now tying up their sneakers at noon and running with Doc as well.

This is great news given all the benefits of running, especially because of the obstacles many of our kids face. Running has become a form of therapy for some, and for others, like Josue, a luxury after recovering from surgery and a life-altering illness.

After running, everyone returns to the house to have lunch. Often, the children enjoy their time so much that they bring their lunch upstairs to eat with Doc for 15 extra minutes of wisdom… and fun.